Jake Verhulst Fishing trip on Bald Eagle Lake.
He got a chance to use his new NDM Knives filet knife.
Looks like it was a great day!! 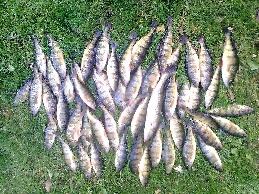 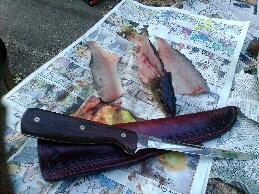 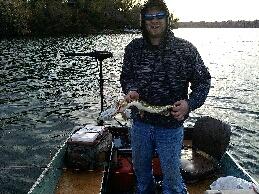 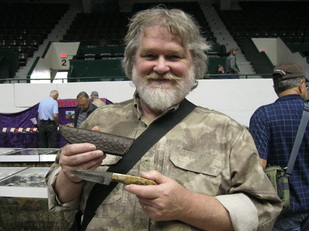 Below is a picture of the knife case Randy had built to house some of the NDM
knives he has. 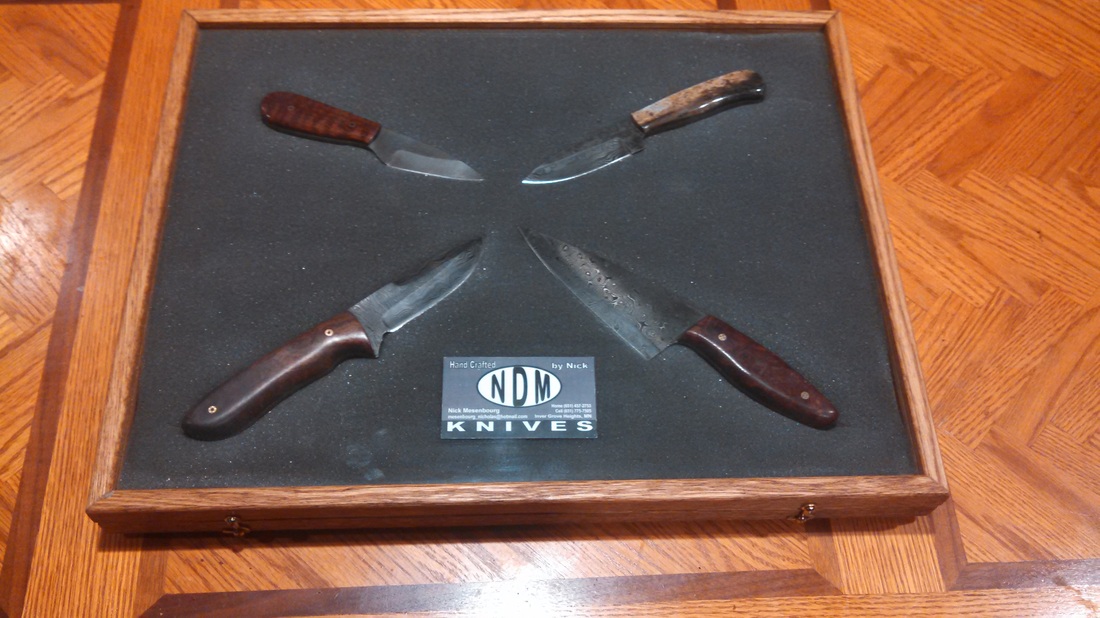 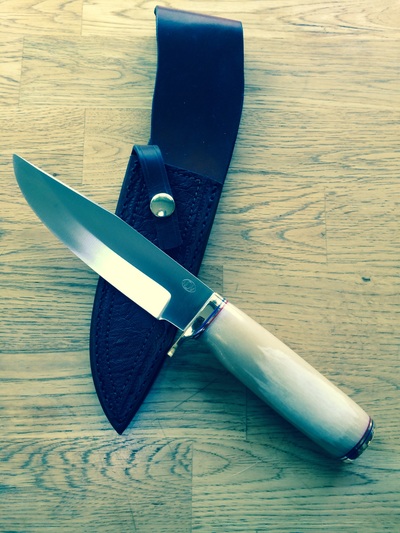 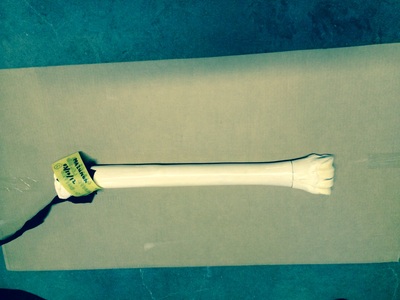 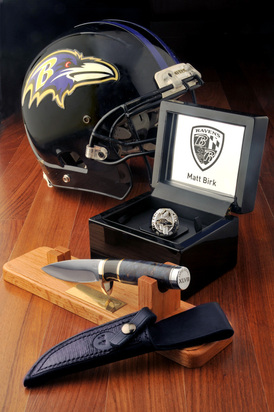 This is a picture of the knife N D M made for Matt Birk.
He had a long career with the Minnesota Vikings, and
was the starting center for the Baltimore Ravens who
won Super Bowl XLVII. The picture was taken at Matt's
house by professional photographer Dan Grevas. In
the picture is Matt's helmet and his recently received
Super Bowl ring. The sheath was made by Bob Schrap
and features Matt's jersey number 77 on the front, and his
initials on the back. It was also dyed purple to match the
knife and stay in the team color scheme. The back end
of the knife, which is called the pommel, has the Super Bowl
XVLII engraved by Tim Adlam on it. I want to take this time to
thank Matt for his contributions in making this a once in
life time experience. 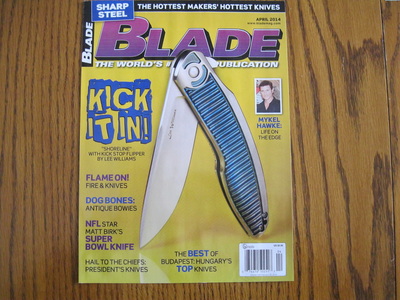 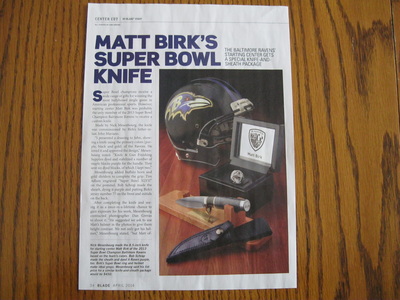 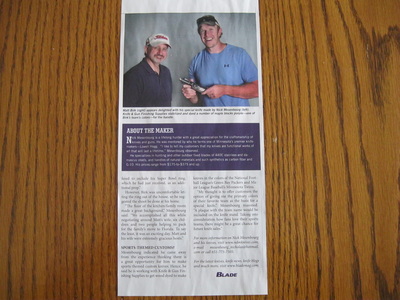 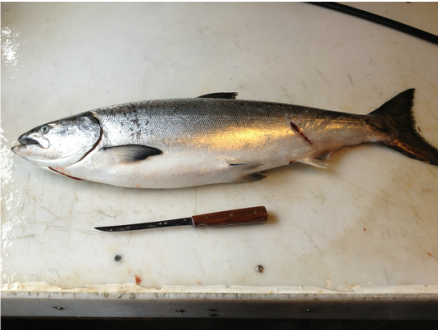 This is a Alaskan king salmon caught near the Monteque island  outside of Seward Alaska. The N D M filet knife was put to good work. 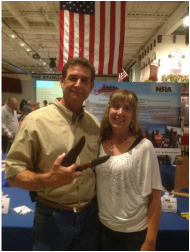 Dave Zumbusch won an NDM knife at the (Friends of the NRA ) dinner August 20th of this year. He said he was going to use on an upcominghunting trip in Africa. I just recieved the following pictures along with his thoughts concerning the knife.  " The knife was admired by many and worked wonderfully capeing and gutting the cape buffalo.Sharper than a son-of-a gun and beautiful. I put an edge on it with my sharpening rod though frankly it didn't need it, just the curve where the skinner must have hit a bone.  Thanks much I love it" 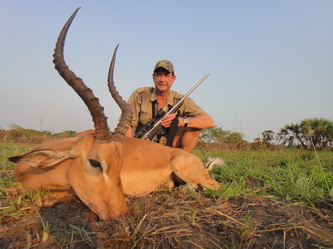 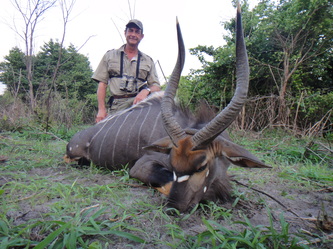 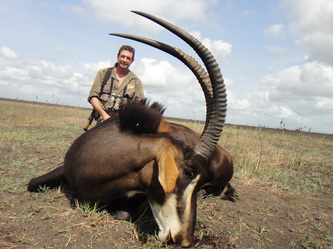 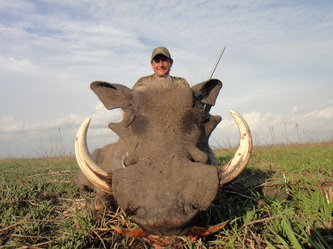 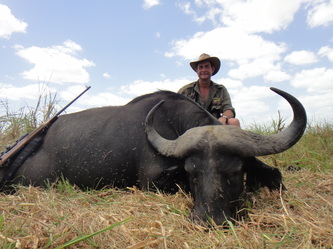 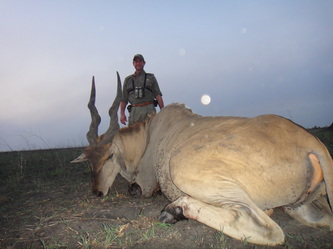